Daylight savings time. I used to go with the rhetoric of how awful it had to be, because everyone else complained; and truthfully, when we pressured ourselves with early time commitments, I’m sure it did have its challenges.

Back then, I was very much still discovering who I was and what I believed as parent. I caught myself parroting what I heard others say. That was the normal. I wanted to fit in. Not only in my words, but my actions. I did many things differently, but I also conformed in ways that were hard for me. Get up early, rush to a million activities. Go go go.

Not now though. Now my kids can sleep and wake as they need. We adjust each day and go with the flow, sometimes earlier, sometimes later. Hailey did wake up earlier than usual today, not because the clock was changed, but because of an excited little brother who made a bit too much noise. That’s okay. We can figure out what we need as the day goes on. Our morning was free to take it as slow as we needed it to be.

We ate breakfast, the kids watched a bit of a movie, checked on their birds nests they made for the back yard, and found ladybugs on the porch as I sipped my coffee. Winter demands I take pictures of anything he deems interesting.

I am thankful that this day won’t throw us off the week and that we have no strict schedule to adhere to. I know that can’t be everyone’s reality. My husband will still have to sleep at his normal time, even if the kids are still up. I could look at that as putting more “work” on me. I don’t look at it that way anymore. I love this life. 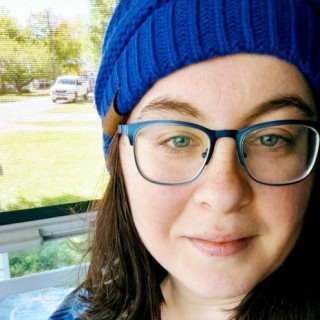 I am a radically unschooling Mama with 4 amazing children. We are a neurodiverse family that prioritizes connection and adventure. I love coffee, Doctor Who, and yummy food. I love my husband (and his beard)!